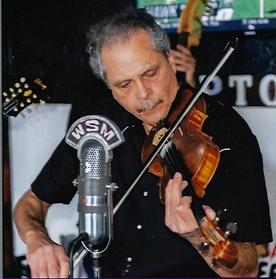 If you would like the Last whippoorwill Band to perform for your festival, show or private party, please go to our contact page to phone or email us.

Known as "Uncle Dave" on the bluegrass circuit, Dave grew up in a family that loved and listened to bluegrass and country music at every opportunity. As Dave says, "There were times we would listen to records all night long and wouldn't even put the TV on!" As a youngster, Dave got to see many of the early stars of bluegrass. After learning to play bass, Dave experimented with other genres of music, but he soon realized how much he missed traditional bluegrass. He was drawn back and never strayed. Along with legendary NJ bass player, Randy Bailey, Dave is just about the most in-demand bass player at Albert Music Hall, NJ's Grand Ole Opry.

​Jeff had the seeds of music planted within him at an early age. Among his earliest memories are those of family gatherings by the banks of Lake Wallenpaupack, PA. His family would rent a cabin, bring their instruments, and play by the campfire 'til the wee hours. At age 15, Jeff asked his mother to show him some guitar chords. Inspired by the multi-instrumentalists in his family. he collected and play various stringed instruments. During college, he formed a bluegrass band. Many professional bands followed and performed on shows that also featured Doc Watson, James King, Karl Shifflett, Larry Rice and Ricky Skaggs.

The band's only southerner, Carl was born in Georgia. As a young teen, he was introduced to bluegrass music in, of all places, Newmarket, England. As the son of an American Air Force officer stationed at RAF Lakenheath, Carl had the opportunity to see Bill Monroe, appearing at a local theater, "The Grand Ole Opry-Newmarket," run and hosted by Pete Sayer, an English bluegrass enthusiast and performer. Carl was homesick for the states, and the purely American sounds of Monroe's music deeply touched him (especially the 5-string banjo), and he has been hooked ever since.

Joe fell in love with bluegrass music when he was a child. When an opportunity came along to study fiddling with former Bill Monroe Blue Grass Boy, Gene Lowinger, he dove in and hasn't looked back. Joe was the fiddler for the NJ-based bluegrass band, Ground Speed, which won the New Jersey State Bluegrass Band competition in 1993, and for 24 years he fiddled for Old-Time Country Music Hall of Fame performer, Jim Murphy, and his band, The Pine Barons, a band that won the Traditional Music Association's Band of the Year award in 1998. 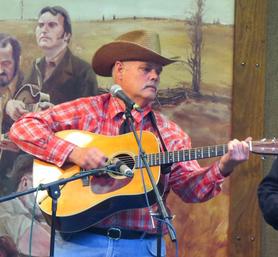 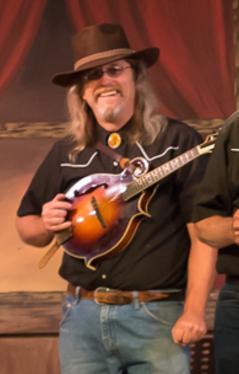 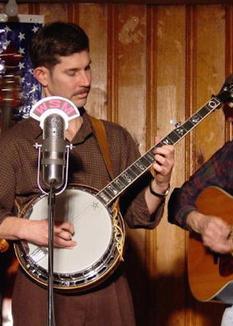 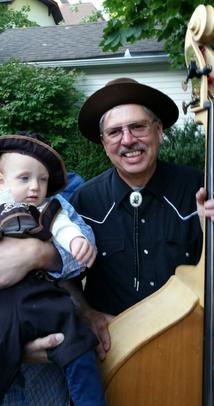